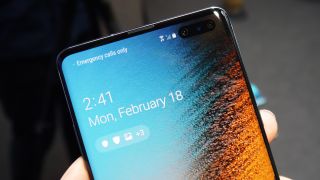 Once Samsung launched the Galaxy S10 range there was one phone it announced that wasn’t released with the rest – the Samsung Galaxy S10 5G. But, the phone is now available for buying, if you live in the correct place.

Samsung officially confirmed the release of the device in a post on its newsroom, stating that it’s available to buy in South Korea immediately, even though there’s no word of an international release.

The Samsung Galaxy S10 5G was launched to tie into the release of South Korea’s 5G network, one of the first consumer 5G grids in the world ahead of similar networks launching in various other countries.

This site uses Akismet to reduce spam. Learn how your comment data is processed.

Follow us to get discounts, coupons and to enjoy the lifestyle!